Editor’s Note: Lighthouse Trails bears no animosity toward Catholics. We have a genuine love and concern for them. However, we are obliged to speak up about the teachings of the Catholic Church, especially as we witness the “emerging” of Protestantism and Catholicism, which is taking place via Christian leaders today.

Anyone who has studied contemplative spirituality from a critical and biblical point of view for any length of time knows that those who practice contemplative prayer eventually begin to have propensities toward Catholicism. That makes sense given that the mystical prayer practice came out of the Roman Catholic monasteries (via Thomas Merton, Basil Pennington, Thomas Keating, etc) and dates back as far as the ancient Catholic desert fathers.  And it is a fact that the Catholic church is using contemplative prayer to “bring back the lost brethren to the Mother church.” In one article written by Ray Yungen titled “Contemplative Spirituality – the Source of the Catholic Church’s Expansion,”  Yungen states:

I had always been confused as to the real nature of this advance in the Catholic church. Was this just the work of a few mavericks and renegades, or did the church hierarchy sanction this practice? My concerns were affirmed when I read in an interview that the mystical prayer movement not only had the approval of the highest echelons of Catholicism but also was, in fact, the source of its expansion.

If it is indeed true that practicing contemplative prayer can turn one’s eyes toward Romish thoughts and beliefs, then it would make sense that Bible-believing Christians would be greatly concerned about popular evangelical leaders who are promoting contemplative spirituality. One of those leaders (in fact the most popular Bible study leader in America according to a Christianity Today article), Beth Moore, has been a contemplative advocate for some time as we document in our 2008 article “Why We Say Beth Moore is a Contemplative Advocate.” And it isn’t just Lighthouse Trails who is saying that Beth Moore is connected to contemplative prayer. In fact, in 2010, Christianity Today came out with a cover story about Beth Moore and identified her as part of the contemplative prayer movement. So this point is really beyond debate. Moore’s own ministry has even admitted that they see nothing wrong with contemplative spirituality ala Richard Foster as we showed in our 2008 article (see link above). With that said, we know that Beth Moore has been influenced strongly by Catholic contemplative mystic the late Brennan Manning as she admits in her book When Godly People Do Ungodly Things. Moore has also been a regular guest on James and Betty Robison’s show for a number of years now. The Robison’s have made statements in  that show their comradeship to the Catholic church. For instance, in a May 2014 article written by James Robison on his website titled “Pope Francis on Life Today,” Robison states:

I believe in the importance of unity among those who know Christ, who profess to be “Christians.” . . .  I believe there is an important spiritual awakening beginning in the hearts of those truly committed to Christ in the Protestant and Catholic communities. Is it possible that Pope Francis may prove to be an answer not only to the prayers of Catholics, but also those known as Protestants?

In that article by Robison, he made a reference to the recently deceased Anglican recruiter for the Catholic church, Tony Palmer. Robison stated: “One of his [the Pope] very best friends, Bishop Tony Palmer, whom we have supported in mission outreaches for years, shares the message that Pope Francis asked him to deliver to evangelicals and protestant believers” (emphasis added). In an article titled, “Protestants Who Don’t Unite With Catholics are Guilty of “Spiritual Racism” by Lighthouse Trails author, John Lanagan, Lanagan stated that Tony Palmer  “claims he has been “consecrated” by Pope Francis to be a bridge for further unity among Protestants and Catholics.” Lanagan posted a video (see below) of Palmer  wherein Palmer stated, “[t]he protest of Luther is over. And therefore now we are all living in a post-Protestant era…” (8:00 in video) and “The Protestants who disagree are suffering from “spiritual racism.” (8:40) Palmer, who claimed Pope Francis was his mentor, died a few weeks ago in a motorcycle accident. 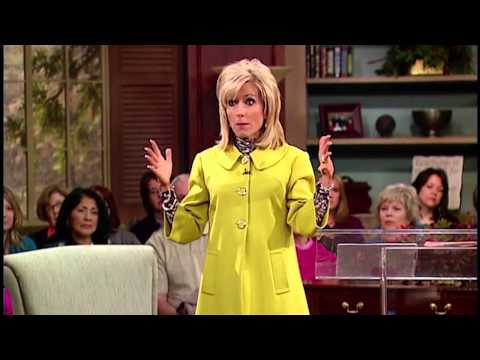 “Spiritual awakening” is becoming a “mantra” within evangelical Christianity. Terms like One, Awaken, Awake, Great Awakening, Spiritual Awakening, are being broadcasted throughout Christianity today. While it is a good thing to desire true repentance and revival, how can leaders who embrace a mystical spirituality and who don’t understand spiritual deception (and are even participating in spiritual deception) help bring about true revival?

Beth Moore spoke at Robison’s  Awake Now Conference in February of 2014, and she expressed her belief that God showed her there was a great spiritual awakening coming. Interestingly, Moore warned that audience of over 4000 people about those who would question this great awakening and “downpour”:

But we must be prepared in advance for scoffers. I will say that again. We must be prepared in advance for scoffers. And here’s the thing. The unbelieving world scoffing is not going to bother us that much. We’re used to them thinking that we are idiots. Can we just own that one? We’re used to it. Of course, they think that. We’ve got that one down. That’s not what’s going to bother us so much. What’s going to bother us, and I believe God is saying, “Get prepared for it so you know in advance it is coming” so when it does happen you’re not all disturbed and all rocked by it because it is going to come from some in our own Christian realm — our own brothers and sisters. We’re going to have people that are honestly going to want to debate and argue with us about awakening and downpours. What do you want here? They’re going to say, that’s not the way it should look. You know what, dude? I’m just asking you, are you thirsty?

Are you hungry? I can’t think of the way to the semantics to get it like you want it. But I will say to you, I’m just thirsty and I’m hungry. But there will be scoffers and they will be the far bigger threat, the one within our own brothers and sisters, our own family of God — far, far more demoralizing. And yes, it will come from bullies, and yes, it will come from the mean-spirited.

By saying these things, Beth Moore is setting the stage to marginalize discerning Christians who would question this great “spiritual awakening.” This is typical of a hyper-charismatic/Word of Faith mentality that teaches it is wrong to question a supposed move of God. It is also similar to New Age teachings that call “scoffers” a cancer that must be eliminated or Rick Warren’s teachings on how to deal with “resisters.” In other words, no one should dare challenge the leaders of this coming spiritual awakening.

An important question to ask is, does Beth Moore have the same propensities as James Robison when it comes to unity with the Catholic church to help bring about a great awakening? We believe the answer to that is “Yes!” We believe that partly because of her contemplative affinities; but also, take a look at this video clip of Moore where she identifies the Catholic Church as part of the community of Christian churches. As you watch this video, keep in mind how contemplatives become more and more ecumenical and interspiritual the longer they are engaged in contemplative spirituality.

Evangelical leaders are praying for a great spiritual awakening, and many, such as Moore, are predicting that it is coming. But as we asked when we wrote our analysis of Jonathan Cahn’s The Harbinger, what will such an awakening or revival look like? In our article, we stated the following:

A Purpose Driven 40 Days of Repentance

The Jonah Plan: Repent in 40 Days — with invitations for New Age speakers to come and instruct the church on how to repent.

A National Day of Mourning over our “Sins” as a Nation — where Buddhist monks, Muslims, Evangelicals, and Catholics will flock together to ask God for forgiveness for not being more united to the universal God.

A World-Wide Contemplative-Prayer Repentance Day — where all the major Christian leaders now promoting contemplative prayer will rally together with New Agers and Buddhists alike to meditate world-wide on that day, in “vibrationally sympathetic harmony,” in order to experience true “Oneness” with mankind, creation, and the god in all.

And we add to that list of psuedo-revivals a Beth Moore/James Robison kind of spiritual awakening that will include Pope Francis and the Catholic Church.

If this supposed coming awakening lines up with those who will be leading it, (e.g., Rick Warren, Bill Hybels, Beth Moore, Bill Johnson, Kenneth Copeland, Ruth Haley Barton, etc.),  then it will be an ecumenical, mystical move toward unity with not just the Roman Catholic church but with all faiths, and in order to bring about this kind of awakening, millions of people will have to go along with it.

While Beth Moore and other Christian leaders are closing the gap between Christianity and Catholicism, we should remember the saints who went before us and who paid with their blood when they stood faithfully for the Gospel and would not bend to the demands of the papacy (see Foxe’s story of Mrs. Prest as an example).

Note: So many Christians do not understand what the Catholic church teaches. Even many Catholics do not understand. If you have not read Roger Oakland’s book Another Jesus: the eucharistic christ and the new evangelization, it is imperative to understand why biblical Christianity is not equivalent to Roman Catholicism. To help make sure that all of our readers have a copy of this vital book, for the next few days, our bookstore will offer it for 75% off retail. This will make it $3.23 instead of $12.95 (plus shipping).  Use this code: AJ-75 to get that discount (will expire 8/18).

New Spirituality for an Awakening Planet? by Berit Kjos

How the “Quantum Christ” (God is in everything) is Tranforming the World . . . and Entering the Church!  by Warren B. Smith