We have received this in from the UK. Doug Harris of ReachOut Trust is very ill with an inoperable cancer tumor. Lighthouse Trails has been linking to ReachOut Trust for many years. Doug has been a fearless defender of the faith. We have often posted his interviews with people like Roger Oakland and Cecil Andrews (Take Heed in Northern Ireland). As the Lord leads, please pray for him. Below the request, you will see a video done in 2012 between Doug and Cecil.

Doug Harris is the Director of Reachout Trust, one of the very few Christian Apologetics Ministries based and operating in the UK.  It was founded in the early 1980s and ministers to people caught in the cults and occult.  The 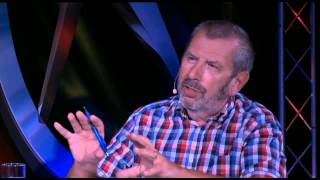 Reachout website is currently not operating but there is a Facebook page for Reachout Trust (see also: http://en.wikipedia.org/wiki/Reachout_Trust).  Doug also broadcasts on Revelation TV, a UK Christian TV station (for his broadcasts see YouTube channel: http://www.youtube.com/user/reachout/videos?view=0).Doug was diagnosed with a cancerous tumor on his bile duct (adjacent to his liver) back in December 2012; the medical team treating him have declared it inoperable.  After some time in a specialist cancer hospital in London he is now at home but is very ill.  Plans are being made for him to receive palliative care if and when necessary.

Please pray for healing for Doug, if that is God’s will for him, but also for God’s hand of comfort to be upon Doug and his family whatever the outcome.

If you cannot see the video below, click here: A Debate: “Mariology: Who Is Mary According to Scripture?”  with Doug Harris of ReachOut Trust and Cecil Andrews of Take Heed Ministries