The Native Spirituality “Medicine Wheel” and The Circle Maker

Native Americans developed the concept of the medicine wheel to illustrate their belief that life is a circle—from birth to death to rebirth—and to act as a guide to understanding self, creation, and their duties. Everything within the wheel is interrelated, and the goal is that these interconnected elements are in balance with each other. Important ceremonies always take place within a circle. 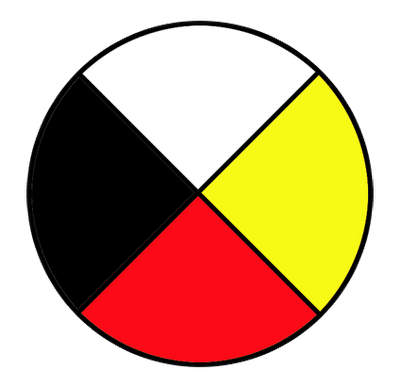 Four is a significant number within Native Spirituality—four directions, four winds, four seasons, four elements, and so forth. Hence, the wheel has four quadrants, which move in a clockwise direction because that is the sun’s direction.

There are numerous interpretations and uses of the wheel, but the following is the one my own family used. We believed our spirit keeper was the grizzly bear –

As we share in this circle with others, we are asking the Creator, the healer, to heal us. We are asking our spirit guides, the helpers, our grandfathers and grandmothers, to pray for us, to be mediators and to help us.1

The Wheel summarizes their earth-centered faith and reveals a system of interaction of animistic, pantheistic, and spiritualistic beliefs in their search for spiritual wholeness.

This is only a brief summary of a very complex teaching that has had great influence for centuries among Native American peoples.

Contrary to this view, however, the biblical view is linear. That is, it views human life as having a beginning and an end. From the creation to the return of Jesus Christ, from the fall of man in Genesis to the new Heaven and the new earth, God reveals in the Bible a linear history filled with purpose: to create a new people for Himself. The medicine wheel indicates that there is no beginning and no end to the existence of a man or other created beings. But we know from Scripture that carnal man does indeed have a beginning (birth) and an end (death). Likewise, in linear fashion, those who are written in the Book of Life will live eternally in Heaven based on the finished work at the Cross by Jesus Christ while everlasting Hell awaits those who reject Christ.

The medicine wheel is used to make contact with the dead, with spirit guides, and with the “great spirit.” But the Bible is clear that man has only one mediator between him and God:

For there is one God, and one mediator between God and men, the man Christ Jesus. (1 Timothy 2:5). 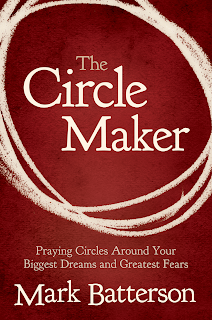 In 2011, a book titled The Circle Maker: Praying Circles Around Your Biggest Dreams and Greatest Fears by emerging church pastor, Mark Batterson, was released. Batterson says his book is inspired by a legendary Jewish sage, Honi, the Circle-Drawer. The premise behind the book is that if we draw circles around important things in our lives, including our prayers, we will receive great blessings. In the legend of Honi in 1 BC, the land was subjected to a drought. In the excerpt below, Batterson says:

With a six-foot staff in his hand, Honi began to turn like a math compass. His circular movement was rhythmical and methodical. Ninety degrees. One hundred and eighty degrees. Two hundred and seventy degrees. Three hundred and sixty degrees. He never looked up as the crowd looked on. After what seemed like hours, but had only been seconds, Honi stood inside the circle he had drawn.2

Sure enough, it rained, and Batterson went on to say, “The circle he drew in the sand became a sacred symbol.”3 Whether God brought rain in answer to Honi’s prayers or not, I will not try to speculate, but what Batterson has done in his book is turn “circle making” into a practice and a ritual (based on drawing circles) that will supposedly bring great results in a person’s life.

While Batterson doesn’t talk about Native Spirituality in his book, I feel it is worth mentioning his book and his “circle making” because this is a way that conditions Christians to more readily accept Native Spirituality, whether Batterson intended it or not. Everything in Native Spirituality is done in circles because the power of the world works in circles, so everything is deemed circular from childhood to worship. As the moon, sun, and earth are all round, so it is that all circles attract a spiritual energy as does symbolic expression. The circle that the medicine wheel represents is an integration of energy and matter, as well as spirit and man, so as to achieve a greater spiritual understanding and creation. Some segments of Native Spirituality involving circles are: round dances, talking circles, pipe ceremonies, drums, four quadrants (north, south, east and west), seasons, and life of man.