Lighthouse Trails has watched the slow but steady change at Corban for the last several years, hoping it would not begin to fully engage in the Spiritual Formation movement. But a recent headline about Corban caught the attention of Lighthouse Trails editors who were compelled to respond. The headlines of that article read: “Corban University Signs Unique Partnership Agreement With Mars Hill Church.” In that article, it states:

“We are anticipating a great, ongoing relationship with Mars Hill Church, pending approval of the Northwest Commission on Colleges and Universities,” said Corban Provost Matt Lucas.

The article talks about the huge influence that Mars Hill (home to Mark Driscoll)  has with “15 locations in five different states, reaching millions around the world.” Mark Driscoll has been the topic of several LT articles because of his promotion of contemplative spirituality and other emerging beliefs (see our research links and video below documenting Driscoll’s mockery of biblical eschatology related to the last days and the Lord’s return). 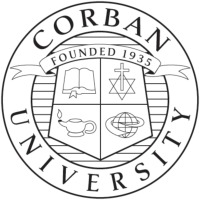 Lighthouse Trails first became involved with Corban University (then Western Baptist) in 2002, when it was discovered that a summer youth theater day camp being held at Corban was introducing children attending the camp to visualization techniques. An editor at Lighthouse Trails arranged a meeting with three Corban professors to explain the concerns (it so happened that one of the LT editor’s children was attending that camp). At that time, the concerns by Lighthouse Trails were dismissed by the professors as erroneous. The LT editor took that opportunity to warn Corban professors that if they did not take a pro-active stand against the contemplative prayer movement and the emerging church and make sure all of their instructors understood the dangers, in time, the school would become an adherent to these heretical teachings.

Shortly after  A Time of Departing by Ray Yungen was released in the fall of 2002, Corban professor Dr. Robert Wright invited Ray to address his World Religions & Cults class. From that point on, Dr. Wright became a strong advocate for Yungen’s and Lighthouse Trails’ message and had Ray return on several subsequent years. At one point, Dr. Wright wrote an article about the emerging church, which LT carries to this day on the research site. In that article Dr. Wright called Ray Yungen a “competent researcher” of the New Age and mysticism and that “[t]he methods of contemplative prayer are the same as those used in Eastern religion.” Dr. Wright said that some “very popular authors in the evangelical church have latched on to contemplative prayer as a way to go deeper with God.” And then he names Richard Foster and Brennan Manning. Of contemplative prayer, Dr. Wright stated:

Unfortunately, Lighthouse Trails began to notice that not all the faculty at Corban held to the same convictions that Dr. Wright did. For instance in 2007, in Corban Magazine in an article titled “Understanding the Emerging Church Movement,” a book co-authored by contemplative author J.P. Moreland, was recommended (see page 11).  The Corban article made several comments that indicated some at Corban did not have a good understanding of the emerging church movement. One comment, made by Corban professor Sam Baker, echoed contemplative J.P. Moreland. Baker stated: “The extreme of rationalism is that we worship the Bible instead of the God of the Bible.” J.P. Moreland, in a Christianity Today article, says that Christians are too committed to the Bible: “In the actual practices of the Evangelical community in North America, there is an over-commitment to Scripture in a way that is false, irrational, and harmful to the cause of Christ.”

Also in that Corban article, Sam Baker suggests we must be careful not to “throw the baby out with the bath water” when it comes to the emerging church. In regard to “mystical ancient rites,” Baker said that “some people have found these practices to be beneficial to their faith.” He says that if the practices produce good results, then they have “merit.” However, as Lighthouse Trails has often pointed out, just because one’s intent is “good” does not legitimize practices that are clearly Hinduistic and New Age in nature. Baker says that the emerging church has “stirred believers’ interest in meditation.”

In Corban’s Winter 2008 magazine the following is stated: “Dr. Kent Kersey [Corban campus pastor] brought Dan Merchant and his documentary, Lord Save Us From Your Followers, to campus as a conversation-starter. The film takes a critical look at American Christianity.” A Corban news article titled “Lord, Save Us From Your Followers’ gets ‘followers’ thinking” explains that Merchant spoke at Corban’s chapel service and later answered questions students had. “Campus Pastor Kent Kersey hoped the film would ’cause discussions.’ He deemed the event successful, therefore, because many classrooms have been abuzz since Merchant’s presentation, not to mention the informal conversations taking place.” The article said that Kersey believed “the message of the movie paralleled the maxim of St. Francis of Assisi, Preach the Gospel.” On Kersey’s blog, he says Merchant’s message is “compelling” and perhaps through it God is trying to say something to Christians (Kersey’s blog post was removed from the Internet:  http://kentkersey.blogspot.com/2008/10/its-all-about-listening.html).

However, the gospel Dan Merchant is promoting may be a “different gospel” and “another Jesus” (II Cor. 11:4) than that of the Bible. In the last chapter of the book Lord Save Us From Your Followers titled “The sea refuses NO RIVER,” Merchant refers to the people he interviewed over the course of the last few years. They represent many different religious, sexual, and political persuasions, including atheists and practicing homosexuals. Calling them “wonderful children of God,” he adds: “I know we’re both children of God. If they don’t know it shouldn’t change anything for me and I know it doesn’t change anything for God.”

And today, a look at the Fall 2013 Corban textbook list is disheartening to say the least.  Professor Kersey is using Phyllis Tickle’s The Great Emergence, John Franke’s Barth for Arm Chair Theologians (Barth’s ideas are highly favored by the emerging church) and Marcus Borg’s The Heart of Christianity in TH413. You can’t get more emergent than Tickle and Borg. Borg actually denies basic tenets of the Christian faith such as the virgin birth and the deity of Christ. Tickle thinks Brian McLaren could be the next Luther. Professor Kersey also uses textbooks by John Piper, a contemplative advocate. At least one other course, IS202, is using a Piper book as well.

We did thankfully notice in the Fall 2013 textbook list that Dr. Wright is still using A Time of Departing in his World Religions & Cults Class at Corban. However, all of the books being used that are pro-contemplative, pro-emerging in other classes at Corban by other professors send a message loud and clear to Corban students that contemplative/emerging is OK. Another example is the Senior Seminar course where Professor Gilbert is using Dan Allender’s book Leading With a Limp. Allender resonates with Brian McLaren (McLaren is listed in the acknowledgements in Leading With a Limp). Gilbert also uses a book by Allender in the Group Dynamics course (To Be Told: God Invites You to Coauthor Your Future).

Corban professors may defend themselves and say they are just using these books to take the good from them and leave out the bad (following Baker’s injunction not to “throw out the baby with the bathwater”). But why do students have to be immersed in heresy to spot it? Wouldn’t reading the Word and biblically solid books do a better job? Why is it that after a decade Ray Yungen’s book is still confined to just one professor’s class? We know for a fact that a high percentage of Corban students are attending an extremely contemplative/emerging church in Salem, Oregon. These students are getting it from every direction. Do their parents, who are paying high dollars to get their children a Christian college education, realize what their kids are being exposed to at church and at college? Most of them, probably not.

The Corban Music Department has been affected by contemplative/emerging spirituality too. In MU403, a book by Constance Cherry titled The Worship Architect: A Blueprint for Designing Culturally Relevant and Biblically Faithful Services is being used as the textbook. Cherry is one of the faculty at the Robert E. Webber Institute for Worship Studies (that should be called the Institute for EMERGING Worship Studies). The late Robert Webber was a foundational figure in building momentum for the emerging church.

Finally, we’ll look at a Corban class called Servant Leadership (a term largely used in the emerging church to liken Jesus to a good model or servant to follow rather than to a Savior from sin). In that particular class, a book titled The Servant: A Simple Story by James C. Hunter is the textbook. We could say many things about this book, but we’ll just point to the acknowledgements page where Hunter thanks emergent Tony Campolo and New Ager M. Scott Peck for their “skills in articulating some of the great truths of life” and “Simon, monk and archabbey librarian, St. Meinrad Monastery, St. Meinrad, Indiana for sharing “the ropes” of monastic life” with him. We find it astounding that Hunter’s book is the best Corban could do to teach students how to be good leaders. A book that thanks a Catholic Benedictine monastic monk, an emergent leader, and a New Ager for truths about life!

Lighthouse Trails editors find it nothing short of a tragedy that Corban has ended up in the contemplative minefield of Christian colleges. Now that they are partnering with Mark Driscoll, the descent into apostasy will no doubt be hastened more than ever.

A Pastor Speaks Up: Mark Driscoll and the New “Sexual Spirituality”

COMPARISON: “New Spirituality” Leaders Reject and Ridicule the Second Coming of the Lord VERSUS Bible Prophecies Standing in Stark Contrast