When Churches Use and Abuse Missions

I thank God for pastors and churches that see missions as a means of spreading the gospel. They and their board of directors promote missions for the purpose of establishing gospel lighthouses located in dark places all over the planet. Individual missionaries are assisted and at least partially financed to leave the comfort and the conveniences of living in the western world. They often leave friends and relatives behind and make huge sacrifices in order to serve the Lord half way around the world where their life styles are radically changed. 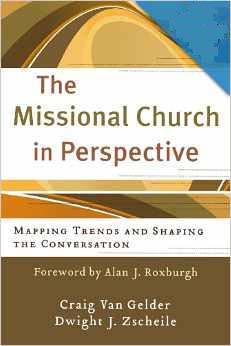 However, what was once the missionary norm of the past is now becoming a dim recollection in the present. Let me make a few comments to explain what I am talking about. As part of the emerging church mentality, the concept that  missionaries are persons who share that Jesus Christ is the only way to heaven is not only out of date, it no longer is acceptable. This is because the postmodern “progressive” mindset has now broadened the way. The narrow way has become a wide way that embraces any and all religions.

Thus, many churches are changing the terminology they use. Rather than say they have a missionary program, they have upgraded or updated to what is now called a “missional” strategy. In an effort to implement what they deem as cutting-edge ideas that embrace anything and everything culturally acceptable, they re-invent Christianity by tossing out the Bible as the guideline for truth and incorporate what they say are common truths found in all religions. Such a smorgasbord of religious ideas is supposed to lay the foundation for the new missionology that you will not find in the Bible in the context of sharing the gospel. However, this ecumenical program that proclaims all religions believe in the same God prepares the way for what the Bible teaches will be the heart of the Last Days One World Religion and the coming antichrist. Click here to continue reading.

Other Information on the New Missiology (Missionology):

Jesus Christ Presented as the Son of Allah – A “New” Way of Doing Missions?

The New Missiology – Doing Missions Without the Gospel