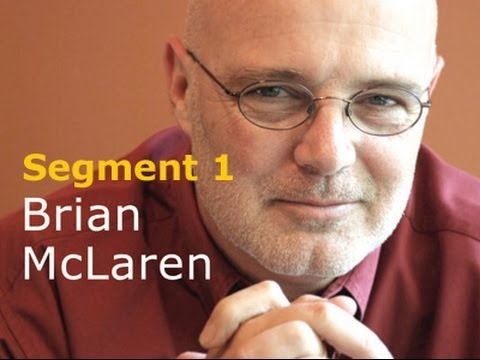 LTRP Note: This is part 2 of this series. To read part 1, click here.

In the last half of his plenary talk at a FOSNA conference this April in Portland, Oregon, in his case to prove that Christians are responsible for creating the injustice that currently exists in Palestine, Brian McLaren went into further detail about his problem with all the accounts in the Bible where God said to wipe out the surrounding nations, people and even animals, in what he calls the ‘texts of genocide.’

“Through its appropriation of “texts of terror” and especially through the application of those texts to the Jews, the Christian religion created the conditions for the oppression of Palestinians.” -Brian McLaren, Seeds of Hope and Justice for Palestinians and Israelis [1]

McLaren then talked about the holocaust being one of many world wide genocidal atrocities which the church has been behind, saying that “The lament that Christians should have is that Israel is treating Palestinians exactly the way Christians treated Jews, and we now lament that past.”

But is it true that the Christian religion created the conditions for oppression of Palestine? While many atrocities in the world have been done in the name of Christ, is it true for McLaren to say that Israel is treating Palestinians the way Jews were treated in the Holocaust?

First of all, it was Hitler and the Unholy Alliance who were behind the annihilation of the Jews. Secondly, Israel today treats the Palestinians better than they are treated by their own leaders. Where is the genocide happening in Israel? Just this week Prime Minister Binyamin Netanyahu showed to the world “the true Israel, the advanced, modern and tolerant Israel, in effect, the only country in the Middle East that ensures complete freedom of worship to those of all faiths, guards the holy places and ensures the rights of all – Jews, Muslims, Christians, everybody.”[2] Click here to continue reading.