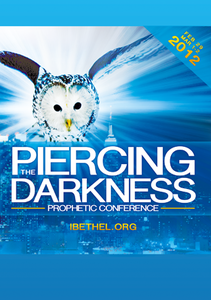 “Will faith in God’s Word become a thing of the past as ‘science’ replaces faith? A growing number of church figures have directly or indirectly introduced quantum physics with its New Age implications into their teachings and writings.” –Warren B. Smith, Another Jesus Calling, pg. 103

In 2012 the book, The Physics of Heaven, was released. Shocking in its enthusiasm for quantum physics/quantum mysticism, and in its lack of discernment about New Age practices, the book has the approval and participation of Bethel Church of Redding’s movers and shakers. Bethel leader Bill Johnson contributed a chapter to the book, as did his wife, Beni Johnson. The Physics of Heaven is co-authored by Judy Franklin, Bill Johnson’s personal assistant. The foreword is written by Kris Vallotton, Senior Associate Leader at Bethel.

As disturbing as The Physics of Heaven is, at least the book serves as a warning that Bill Johnson and Bethel (and others) are heading toward a New Age/quantum mysticism understanding of God. [1]

Before we get to Mark Chironna and the quantum heresy he spewed out during a Bethel conference–with the full approval of Bill Johnson–let us briefly define terms.

The New Age: What does the New Age believe? According to Ray Yungen, “Everything that exists, seen or unseen, is made up of energy—tiny particles of vibrating energy, atoms, molecules, protons, etc. All is energy. That energy, they believe, is God, and therefore, all is God. They believe that since we are all part of this ‘God-energy,’ then we, too, are God. God is not seen as a Being that dwells in heaven, but as the universe itself.” [2]

Quantum spirituality or quantum mysticism: This is a spiritual interpretation of quantum physics. It is favored by the New Age because it seems to demonstrate that everything is interconnected at an unseen, sub-atomic level. Thus, New Agers use it as “proof” we are all One.

All is One? Everything is connected?

Warren B. Smith notes the New Age “is already heralding quantum physics as a ‘scientific’ basis that God is not only transcendent but also immanent–‘in’ everyone and everything.” [3]

But God is not “in” everyone. Mankind is not One with God. We know this from the Scriptures.

The only people with God in them are those who know the biblical Christ as Lord and Savior–those who have been born again. In terms of the universe, earth, and nature, God is as separate from His creation as He is from unredeemed mankind.

Through The Physics of Heaven, and the quantum teaching of Mark Chironna at the Bethel conference, Bill Johnson has furthered the assault on the biblical understanding of God.

The teaching given by Mark Chironna at Bethel Church in Redding California during the 2012 Piercing The Darkness Prophetic Conference was titled, “If it wants to happen, it needs to be spoken.” Chironna promoted quantum principles not only as proof that we are all connected, but also to further his speak-it-into-existence Word of Faith heresy.

At one point Chironna states, “How did that water turn into wine? Jesus talked it into existence.” Does the Bible state this? No.

You can hear the whole thing right here: Fighting For The Faith Start listening in the second hour of the show, at approximately 63 minutes and 15 seconds. Host Chris Rosebrough offered much correction, acknowledging that it was like herding heretical cats–so much heresy scattering in all directions.

Apparently relying on the scholarship of a now deceased Anglican, Chironna made a number of references to the New Age, telling his audience Christians were the only ones who could truly call themselves New Agers. (70 minute mark to 70 minutes and 45 seconds)

The woman at the well “has received an impartation which has put her into the New Age.” (85 minutes 34 seconds)

Why all these New Age references? This is a demonic desensitization, pure and simple. Bethel is being prepared for quantum mysticism and New Age practices. This is not ultimately about Chironna, but the forces in Ephesians 6:12.

That being said, consider how New Age-esque Chironna continues to sound here:

98:55: “This leap into the Age of the Spirit is marked by a few things. …It’s marked by a shift in our interior identity. Something changes inside us about the way we perceive ourselves. …When you change the way you perceive yourself, you change. And when you change the world is for grabs and the future is now about what wants to emerge that’s been waiting for the shift to take place in me.”

Chironna then begins his introduction of quantum mysticism:

100:15: “And it’s connected at deep interpenetrating levels, at a sub-atomic dimension. Our problem is we walk in the illusion of separation. But we are not separate. We are connected. When Paul says we are all one body in Christ in Galatians 4, literally in the Greek it’s we’re all one person.” (emphasis mine)

101 minutes and three seconds: Chironna then uses a talk given by a British quantum physicist as proof that everything in the universe is connected. The scientist apparently rubbed a diamond and stated that this friction at a sub-atomic level was affecting the molecular movement of the farthest known star, five billion light years away. Why? Because everything is interconnected…

And then, horribly, Chironna explains that Jesus could heal people from a distance because of quantum principles! (Luke 7:1-10, Matthew 8:5-10, John 4:46-54) He seems perhaps to have combined two healings, but most of us are familiar with the story of the faithful centurion.

102 minutes and 40 seconds: “So when Jesus says I’ll go with you to heal your son and the centurion servant says you don’t have to go. You can stand right where you are. I’m a man under authority. I understand authority. You don’t have to come into my house. All you need to do is stand right here and influence things at a distance because everything’s connected in your world in a way I understand in mine. Just speak the word and it’ll take place because it’s all connected.” (emphasis mine)

Chironna has just reduced the centurion’s faith and Christ’s power down to their supposedly common understanding of manipulating quantum spiritual principles.

103 minutes and 19 seconds: “There’s a shift in our interior identity, there’s gotta be a fundamental shift to where we stop seeing everything as separated and disconnected and start operating in the awareness everything is connected. Everything is connected. You start acting as if you’re already connected in your future and stuff will start lining up in a way you never expected it to before.”

2 hours 5 minutes and 10 seconds: “That’s why it’s so important to soak.” (Soaking is a form of anti-biblical meditation).

Remember when Elijah prayed for rain? Elijah sent his servant to look out at the sea, to see if clouds had appeared.

Blasphemously, Mark Chironna gives Elijah a quantum response, with a rebuke to the servant for reporting that nothing has appeared. At 2 hours, 21 minutes, 17 seconds Chironna dares to say:

“Elijah says, ‘You dummy! In the quantum physical world they have proven there is no such thing as nothing. Because the observer is influencing the observed and creation is moving in response to what I’m intending to bring about.’”

Near the end of his blasphemous message, Chironna tells his listeners, “If something is shifting inside you you’ve already heard from heaven. You already know what wants to emerge. And if it wants to happen you need to speak it into existence.” (2 hours, 29 minutes, 45 seconds) (emphasis mine)

But following these teachings will not result in hearing from heaven, but from hell.

Nor has Bill Johnson bothered to correct this blasphemy. Chironna’s conference teaching is still for sale at the Bethel Redding store. https://shop.ibethel.org/products/piercing-the-darkness-february-2012-complete-set (scroll down to Session 7)

Can two walk together except they be agreed? (Amos 3:3)