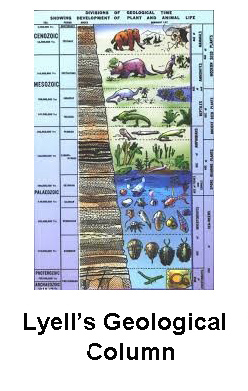 By Roger Oakland
Understand the Times

The human brain is an amazing organ that functions like a computer. Information that is gathered from our senses is fed to billions of neurons that record and analyze the data. Conclusions are drawn and ultimately decisions and choices are made.

The same process occurs when a scientist formulates a theory. As the result of careful observation, a scientist develops a hypothesis and then a theory. Years of data collection must be analyzed and experiments repeated with a reasonable degree of accuracy.

However, when it comes to the subject of formulating theories that attempt to explain events that have happened here on earth in the past, scientists often bypass the scientific method. For example, the basic ideas of geology and biological evolution are built upon previous theories that are accepted without evaluating the assumptions that were used to formulate the theories in the first place.

Such is the case with the Charles Darwin – Charles Lyell connection. Lyell, in his Principles of Geology, had argued that the geological past could best be understood in terms of what we observe happening in the world today. Although the “present is the key to the past” assumption was the key to his theory, it was not provable. If it was wrong, his whole theory that proposed the layers of the earth had been laid down over millions and millions of years would be faulty. In fact, it can be documented that the reason he proposed it in the first place was to cause people to cast doubt on the authenticity of the Bible and a global world-wide flood. Click here to continue reading.