Will Rick Warren Play a Role In Persuading Some Calvary Chapel Pastors To Follow His Lead Toward Ecumenical Evangelicalism? 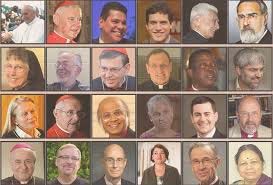 On November 17-19, 2014, an interreligious conference was hosted at the Vatican to discuss the sanctity of marriage under the definition that marriage is a relationship between a man and a woman. Beside numerous representatives of the Roman Catholic Church, the conference was attended and addressed by members of the Buddhist, Hindu, Muslim, Jewish, and Mormon faiths. Also, well-known Christian evangelical leaders from the United States—Pastor Rick Warren and Russel Moore—played a major role and were in attendance.

Warren’s comments documented by the proceeding video clip are clear and require no explanation.

The purpose of posting Rick Warren’s video statement is to appeal to Calvary Chapel pastors who have been persuaded by the new leadership at Calvary Chapel Costa Mesa that Warren’s ecumenical direction is the “new” and enlightened pathway that Calvary Chapels of the future must choose in order to become relevant for the postmodern era that has reformed sound biblical teaching over the past decade. This is also an appeal to all evangelical pastors who have brought the Purpose Driven movement into their churches.

Further, this proclamation by Rick Warren is very similar to some of the ideas being presented by the “New Calvary Movement” promoted by Brian Brodersen and his cohorts. (Listen to a portion of Brodersen’s September 7, 2014 message titled “Unity in the Spirit”).