“Contemplative Spirituality – the Source of the Catholic Church’s Expansion”

I had always been confused as to the real nature of this advance in the Catholic church. Was this just the work of a few mavericks and renegades, or did the church hierarchy sanction this practice? My concerns were affirmed when I read in an interview that the mystical prayer movement not only had the approval of the highest echelons of Catholicism but also was, in fact, the source of its expansion. – Ray Yungen

“Contemplative Spirituality – the Source of the Catholic Church’s Expansion”

While many Christians are still not even aware that a practical Christian mystical movement exists, momentum is picking up, and an obvious surge towards this contemplative spirituality has surfaced. Evidence regarding the magnitude of this mystical prayer movement is now within reach of the average person. In 1992, Newsweek magazine did a cover story called “Talking to God,” which made a clear reference to it. The article disclosed:

[S]ilence, appropriate body posture and, above all, emptying the mind through repetition of prayer have been the practices of mystics in all the great world religions. And they form the basis on which most modern spiritual directors guide those who want to draw closer to God.1

It is amazing to me how Newsweek clearly observed this shift in the spiritual paradigm over fifteen years ago, while many Christians (including most prominent leaders) still live in abject ignorance of this change. Are the teachings of the practical Christian mystic actually being assimilated so well that even our pastors are not discerning this shift?

In September 2005, Newsweek carried a special report called “Spirituality in America.” The feature story, titled “In Search of the Spiritual,” is seventeen pages long, and for anyone who thought that a Christian mystical movement did not exist, this article is all the proof needed to show it not only exists but is alive, well, and growing like you wouldn’t believe. 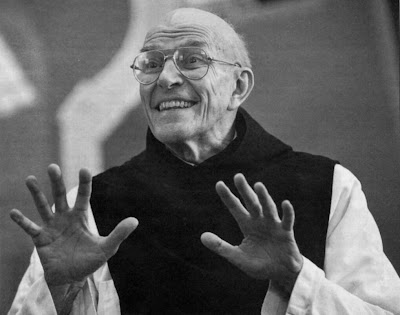 The article begins by describing the origin of the contemporary contemplative prayer movement, which began largely with a Catholic monk named Thomas Keating:

To him [Keating], as a Trappist monk, meditation was second nature. He invited the great Zen master Roshi Sasaki to lead retreats at the abbey. And surely, he thought, there must be a precedent within the church for making such simple but powerful spiritual techniques available to laypeople. His Trappist brother Father William Meninger found it in one day in 1974, in a dusty copy of a 14th-century guide to contemplative meditation, “The Cloud of Unknowing.”2

The most obvious integration of this movement can be found in Roman Catholicism. Michael Leach, former president of the Catholic Book Publishers Association, made this incredibly candid assertion:

But many people also believe that the spiritual principles underlying the New Age movement will soon be incorporated–or rather reincorporated–into the mainstream of Catholic belief. In fact, it’s happening in the United States right now.3

Incorporating it is! And it is assimilating primarily through the contemplative prayer movement.

Contemplative leader Basil Pennington, openly acknowledging its growing size, said, “We are part of an immensely large community … ‘We are Legion.'”4 Backing him up, a major Catholic resource company stated, “Contemplative prayer has once again become commonplace in the Christian community.”5

William Shannon [a mystic proponent and the biographer of Thomas Merton] went so far as to say contemplative spirituality has now widely replaced old-style Catholicism.6 This is not to say the Mass or any of the sacraments have been abandoned, but the underlying spiritual ideology of many in the Catholic church is now contemplative in its orientation.

One of my personal experiences with the saturation of mysticism in the Catholic church was in a phone conversation I had with the head nun at a local retreat center who told me the same message Shannon conveys. She made it clear The Cloud of Unknowing is now the basis for nearly all Catholic spirituality, and contemplative prayer is now becoming widespread all over the world.

I had always been confused as to the real nature of this advance in the Catholic church. Was this just the work of a few mavericks and renegades, or did the church hierarchy sanction this practice? My concerns were affirmed when I read in an interview that the mystical prayer movement not only had the approval of the highest echelons of Catholicism but also was, in fact, the source of its expansion. Speaking of a meeting between the late Pope Paul VI and members of the Catholic Trappist Monastic Order in the 1970s, Thomas Keating, disclosed the following:

The Pontiff declared that unless the Church rediscovered the contemplative tradition, renewal couldn’t take place. He specifically called upon the monastics, because they lived the contemplative life, to help the laity and those in other religious orders bring that dimension into their lives as well.7

I realized just how successfully Pope Paul’s admonitions have been carried out when I discovered the following at one popular Catholic bookstore. Many shelves were marked as spirituality–the focal point of the entire store. Eighty to ninety percent of the books on those shelves were on mystical prayer. It was clearly the overriding theme….

Contemplative spirituality reaches far beyond the walls of the Catholic church. Mainline Protestant traditions (Episcopalians, United Methodists, Presbyterians, Lutherans, United Church of Christ, etc.) have dived into the contemplative waters too. Their deep tradition of twentieth-century liberalism and sociopolitical activism has left them spiritually dry and thirsting for supernatural experiences. This school of practical mysticism gives them a sense of spirituality while still allowing them a liberal political correctness. Marcus Borg, [former] professor of Religion and Culture at Oregon State University and someone who resonates with mystical spirituality understands the popularity of mystical prayer. He states:

In some mainline denominations, emerging-paradigm [contemplative] Christians are in the majority. Others are about equally divided between these two ways of being Christian.9

A sales person at a bookstore that caters to these denominations once told me the contemplative prayer view has found a large audience in the Protestant mainstream, and many pastors are very open to these practices. She added that some members of the clergy did show resistance, but a clear momentum towards the contemplative direction was nevertheless occurring. An article in Publisher’s Weekly magazine addressing the move toward contemplative prayer in mainstream religious circles confirmed her observation. One woman in the publishing field was quoted as saying, “[M]any Protestants are looking to satisfy that yearning by a return to the Western contemplative tradition.”10 Another college professor pointed out:

My students have been typically middle-aged and upper middle class Methodists, Presbyterians, Congregationalists, and Baptists, active in the lay leadership of their churches. To outward appearances, they are quite conventional people. Yet I have found that virtually every one of my students has encountered the new age in one of its many forms and has been attracted by its mystery.11

Contemplative spirituality provides a seemingly profound experience of God without having to adhere to a conservative social outlook. It also gives its practitioners comfort to know they draw on a so–called Christian well of tradition. This dilutes any reluctance some might have about the orthodoxy of these practices.

To underscore the scope and reach of the contemplative prayer movement let’s look at the numbers put out by an organization called Spiritual Directors International (SDI). On their website this group gives ample evidence of what their practices are. In one national conference, the following was presented:

This workshop offers an opportunity to study and experience the [spiritual] director’s role in a person’s move into the beginning and early stages of contemplative prayer, silence, and openness to new sorts of praying.12

One of the objectives of SDI is “Tending the holy around the world and across traditions.” A 2008 membership list showed 652 Episcopalians, 239 Presbyterians, 239 Methodists, 175 Lutherans, and a whopping 2,386 Roman Catholics; counting another forty or so “traditions,” the total was 6648. To show the nature of just what they mean by “across traditions,” the list included Buddhist, Gnostic Christian, Hindu, Muslim, Jewish, Siddha Yoga, and even Pagan/Wiccan.* (see below)

(For more information about contemplative spirituality, spiritual formation, and New Age mysticism coming into the church, read A Time of Departing.)

*Note on Spiritual Directors International. Since 2005, there have been significant increases in the SDI’s demographic statistics of spiritual director members. The overall increase went from around 5000 members in 2005 to 6648 in 2008 with new denominations and religious groups added.