Bryce Homes in Myanmar Thriving – A Mission Project Worth Supporting 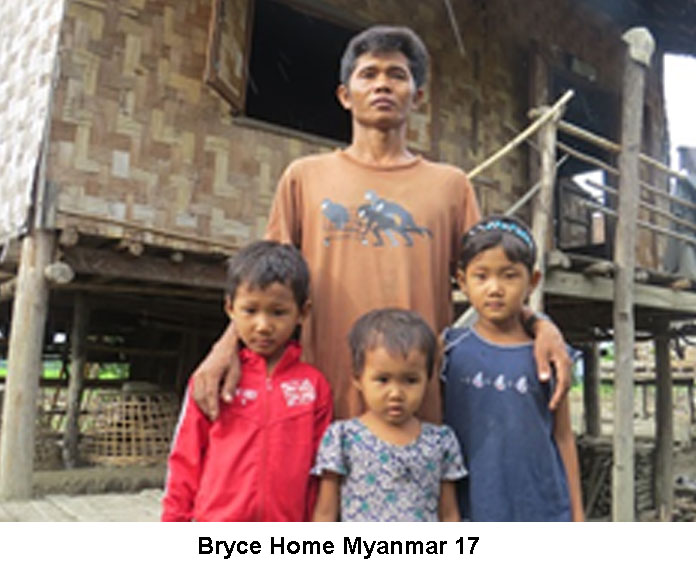 By Roger Oakland
Founder of Understand the Times, International
and Bryce Homes Program

It has been about one week since I have returned from a ten-day trip to the country of Myanmar where I was able to visit with children and leaders of all the Understand The Times Bryce Homes that have been established there. In total, there are over 150 children and 40 leaders in eighteen Bryce Homes. All of this has happened since 2006 when the first Bryce Home in the world was established. This trip marked our tenth anniversary of the Bryce Homes Program that began in Myanmar.

I have tremendous joy in my heart as I attempt to sit down and summarize the highlights of this trip. It would not be possible to describe on a written report the fruit of the ministry of Bryce Homes International. In order to touch on some of the highlights, I am breaking this report into several subheadings with a few photos. Later, I plan to post videos on our YouTube Channel so our supporters can see the children first hand and see for themselves how their investment in lives is making a big difference in a very dark country.

Bryce Homes in the Yangon Area

Yangon, formerly called Rangoon, the largest city in Myanmar was formerly called Burma. This is where the Bryce Homes program began in 2006 which started with one Home and 20 children. At that time, the United Nations classified Myanmar as a “UDN” – underdeveloped nation. The poverty within the country and the hopeless situation for children touched my heart. As well, I saw multitudes of children being recruited by Buddhist monks to become puppets of a religious system that was leading them to hell. This was the impetus behind the establishment of a program in Myanmar for children in memory of our son Bryce.

Bryce was 27 when he died. He was a young single man who had a great love for people, particularly those who were labelled as “underdogs,” as he called those who were not as fortunate as others. This program would have never happened had it not been for his sudden, premature departure to heaven.* Our family can now proclaim, “God works all things together for good to those who love Him.” Click here to continue reading.