The Ownership of the Name “Calvary Chapel,” the Dove, and the Appearance of a New Symbol 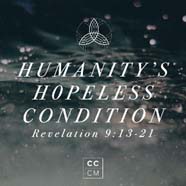 To the left here is the banner used to promote Brian Brodersen’s Sunday morning study for Revelation 9:13-21 on March 6, 2016 that was sent out by Twitter.

On the picture below, note the symbol at the top center behind Brian as well as the absence of Chuck Smith’s pulpit. This symbol is commonly used for the trinity in Catholic and some Protestant settings. Below, you can see an enlargement of the graphic. In a later commentary, I will present documentation to show the origin of this symbol. . . . Click here to continue reading and for more photos. 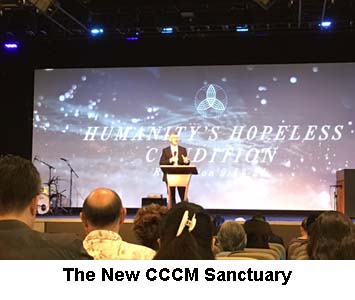