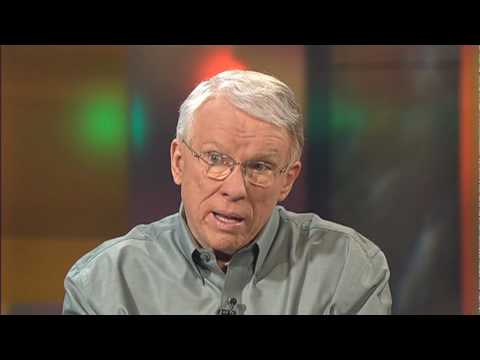 Larry Crabb’s recent remarks perfectly illustrate the “fruit” of contemplative spirituality – a move away from the Gospel and personal salvation through Jesus Christ and a move toward an emerging, ecumenical all-paths-lead-to-God kind of mentality. Where did Christ or the disciples ever say man’s greatest need in in the development of communities?

“The crisis of care in modern culture, especially in the Western church, will not be resolved by training more therapists….It will be worsened by moralists who never reach deeply into the hearts of people in their efforts to impose their standards of behavior on others, even when those standards are biblical.

The greatest need in modern civilization is the development of communities—true communities where the heart of God is home, where the humble and wise learn to shepherd those on the path behind them, where trusting strugglers lock arms with others as together they journey on.” – Dr. Larry Crabb, Connecting, Introduction pg xvi-xvii

I’ve practiced centering prayer. I’ve contemplatively prayed. I’ve prayed liturgically . . . I’ve benefited from each, and I still do. In ways you’ll see, elements of each style are still with me.—Larry Crabb in The Papa Prayer, p.9

This togetherness/community mindset is the same message that [occultist] Alice Bailey referred to as “right human relations” and the same one the emerging church hopes to convey to the people of the world. A personal, individual relationship with Christ is considered self-centered,6 because it doesn’t focus on the global, common good. Communal spirituality is seen as the only path to the world’s survival. Listen to today’s new reformation thinkers:

“The church is only an anticipation of the full, promised community of the whole world … the church itself is not a goal of God’s creation.”—Walter Brueggemann, An Emergent Manifesto of Hope, p. 311.

“The Church, in all its expressions—Catholic, Evangelical, Pentecostal, Protestant and many others—has 2.3 billion followers.… Let’s use the grassroots network that is already on the ground. It’s time to lay aside our prejudices and work together”—Rick Warren, “The Power of Parishioners” (Forbes magazine, May 7, 2007, http://www.forbes.com).

“We are emerging into a new era of Christian faith as a “living color” global community. … It is immediately clear that this kind of emergence must lead to a convergence … a kind of relationship that has never before existed.”—Brian McLaren, An Emergent Manifesto of Hope, p. 149.

Unfortunately, the “global community” so often spoken of in the emerging church camp is disguised language for a world-wide religious body that incorporates all belief systems. As [New Age leader] Neale Donald Walsch said, it’s a “global movement … which makes no one else wrong for the way in which they are doing it.” (from Faith Undone)

Perhaps one of the most sure-tell indicators of where Larry Crabb’s spiritual sympathies lie . . .  can be found in a book Crabb wrote the foreword to. The book, Sacred Companions (written by David Benner), heartily recommends a plethora of contemplative mystics: Thomas Keating, Henri Nouwen, Basil Pennington, Richard Foster, John of the Cross, Gerald May, John Main, Thomas Merton, Richard Rohr, Alan Jones and several others. Many of these are panentheistic (God is in all), universalist (all are saved), and interspiritual (all paths lead to God). Ray Yungen talked about Benner’s book in the first edition of A Time of Departing. Yungen stated: “[C]ontemplative prayer stands on the threshold of exploding worldwide. Dr. Larry Crabb . . . has written the foreword to a book [Spiritual Companions] that expounds on the future of spiritual direction in the evangelical church. . . . It is safe to assume then that we are looking at a contemplative approach. With that in mind, Dr. Crabb predicted [in Sacred Companions]: ‘The spiritual climate is ripe. Jesus seekers across the world are being prepared to abandon the old way of the written code for the new way of the Spirit.’” (ATOD, 1st ed., p. 137)

A Christianity Today article, “Got Your Spiritual Director Yet?,” confirmed two things, one that spiritual direction is contemplative, and two that it is on its way to becoming an integral part of evangelical Christianity. The article explains that popular Christian author Larry Crabb changed his views and went from psychology thinking to “spiritual direction.”