Letter to the Editor: Follow Up on Together 2016 in Washington, DC 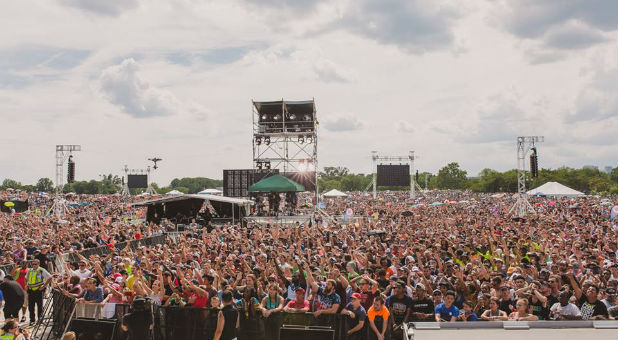 Thousands of young people join in unity on National Mall in Washington, D.C., Saturday for Together 2016. (Facebook)

Regarding the Together 2016 event that you recently reported on and which took place this weekend, I was planning on keeping a close eye on that event. What I found was this:

1. There is a website ‘reset2016.com‘ about the event, their site. It’s an ad that appears when you type ‘together 2016’ in the search box. The first page lists the speakers, the schedule, and all that. When you look there, click on event info, and then ‘week of events.’ I clicked on that, and they listed events for the week leading up to the 16th, and one event included the IF: Gathering. When you read their captions, you identify all the emergent and unity buzz words on the site.

2. On Berean Research, there was a post about Nick Hall and his ‘pulse’ organization being behind the scenes on this event. There was another post about the app for the event, and when a person searched for churches on it, they were lead to a list of options, including ‘gay affirming.’ Then, once the post was up, the app feature was quickly removed.

3. The pope was to make a video appearance at the event, which he did, and the only thing I saw from the news about it is that he was quoted as saying: “Find the one who can give you an answer to your restlessnes.”
The name of Jesus was not mentioned there, and He is the only one who can. But that quote can mean anything, from other religions to a gay buddy; it’s so vague.

4. By searching, I noticed there is also a ‘together 2016’ scheduled for Europe, and again the purpose is ‘unity’ among all the Christian churches, organizations, and movements in Europe, planned by none other than ‘Pope Francis.’ He gave a long speech about it and the transcript is there also. You can see it by typing in ‘Together for Europe, 2016.’

5. The event on Saturday in Washington, DC was cut short due to a ‘heat emergency,’ and many had to be treated for heat exposure. I have no idea, but it reminds me of those assemblies in the Old Testament where a portion of the congregation was wiped out. Yet of course these are all in apostasy, it may have been discipline, or simply a sign that it did not have the Lord’s blessing. In either case, that was interesting.

These events will increase as it is all leading up to the one-world religion. The ecumenism with apostasy and the promotion of ‘unity’ at these events, which now include ‘Pope Francis,’ and eventually the other religions will be included until their goal is met. I can just hear the feverish pitch at their golden-calf fest, all in the name of ‘unity’ and ‘revival.’ All they need is Bono with his coexist sign in the back, with all the symbols of these religions, and it’s complete. The site captions for this one include phrases like ‘all are welcome,’ ‘invite everyone,’ and ‘unifying’ phrases. One theme appeared to be unity in general, such as regarding race. It’s like the powers that be create the perfect storm and then usher in ‘the solution’ for everyone to accept; unifying the world regarding religion, countries, race, diversity (gays), and economically, etc. all under antichrist.

Those who won’t unite with their agenda will be called ‘bigots,’ ‘haters,’ and ‘extremists’ to be ‘dealt with.’ (I am against racism and economic polarity due to deregulation that causes the middle class to shrink, but this is about all sorts of things rolled into ‘one’ ball of wax.). We can be one in Jesus. Or, they can be one under the devil in white. Who it’s under makes all the difference.

I figure you know this stuff but we all have various insights on things. And I remember about a year ago they were rolling out all these ‘anti-terrorism’ laws and measures, like in Australia but other places too as it all becomes very totalitarian. New rules for Facebook against those who speak the truth, all in the name of ‘hate speech’ rules.

The world has become such a scary place in such a short time. I think back to around 25 years ago, and the difference is shocking, how peaceful things were compared to now. So many hold their breath in hopes that ‘this too, shall pass,’ but these things will only get worse.