LTRP Note: We find it noteworthy that on the eve of our going to press with Roger Oakland’s new book, The Good Shepherd Calls, we read this letter to the editor that arrived in our inbox this morning. The things this letter talks about are some of the same things Roger discusses in the book. What’s more, this letter to the editor is more proof that it isn’t just Lighthouse Trails, Understand The Times, and a handful of other discernment ministries that see what is coming about. (Those whom we challenge and critique want people to think that it is indeed just a handful, but it isn’t.)  Based on the phone calls, e-mails, letters, and social media comments for nearly 15 years, it is clear that many Bible-believing Christians understand the times in which we live and see the apostasy coming upon the church. As for the letter below, we commend this woman for speaking up and warning her church members. 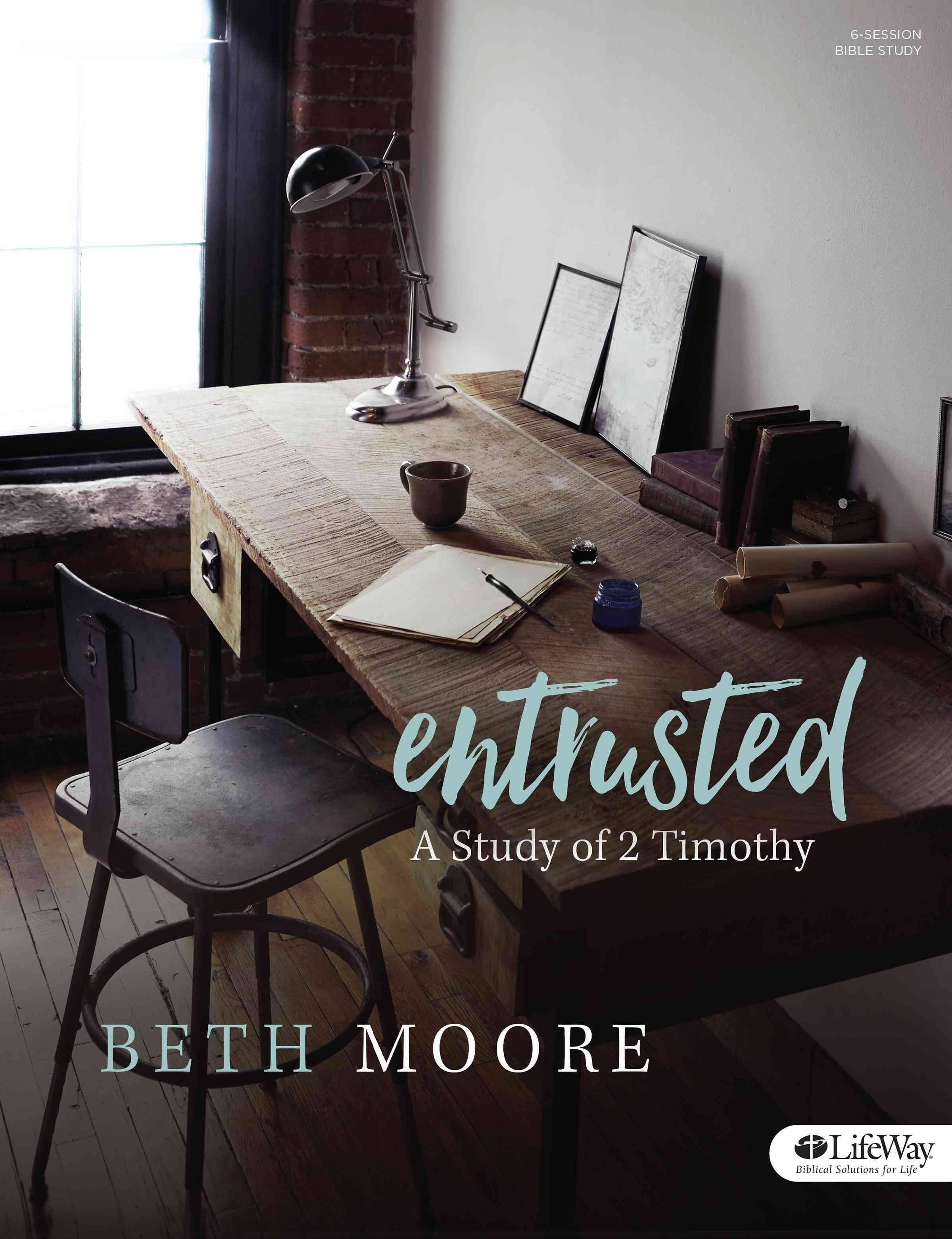 My small Southern Baptist church recently finished Beth Moore’s “Entrusted” series which includes articles from her daughter Melissa Moore.  Not having experienced Beth Moore I wanted to give her the benefit of the doubt.  Being informed by Lighthouse Trails and other discernment websites, I approached the class with a good deal of wariness.  I love Beth and Melissa Moore as sisters in Christ.  I was hoping to find nothing of concern in “Entrusted.”  This was not the case.  Following are some of my concerns.

Quite a lot of this study had to do with unity.  Beth had several pages of praise for the unbelieving “hero,” Rabbi Gamaliel and his speech that unified the Sanhedrin, holding him up as an example for church leaders to follow.  She then contrasted Gamaliel with believers Paul and Barnabas and expressed dismay that they should split in a disagreement over John Mark, as though it was an avoidable incident over a minor problem.  She had a strong emphasis on not “compromising fellowship,” with a major criteria for unity being that we join together for evangelism regardless of denomination, and with the assumption that we all believe the same basic Gospel message.  All other major doctrines seemed to be a minor concern.  There was a quick negative comment about what divides us, the inerrancy of Scripture being one of them. She read Acts 14:3 concerning God’s use of signs and wonders through Paul and Barnabas, saying that she wants and expects wonders and indicated we should as well.  Before one of her grandchildren was born, “a word had been spoken” that led them to believe the child would be a boy, but it was instead a girl . . . a false prophecy.  .  Her daughter Melissa wrote approvingly about traditions of the early church (i. e., Roman Catholic), the liturgy and especially the creeds, with a desire to see all churches united in incorporating these traditions in weekly worship. There was a personal story from Melissa about how comforting she found this form of worship, as she was sharing the same worship experience with churches all over the world at the same time.  Lastly, Beth switched among at least eight Bible versions, including The Message.

There were other comments scattered throughout the videos and written materials with which I disagreed mixed in with a majority with which I did agree, making it difficult to sift through it all.  However, at the inerrancy of Scripture comment, I couldn’t hold my tongue.  When I told the ladies’ Bible study group that I couldn’t agree with Beth on this, as well as her subtle comments promoting ecumenism, I was met with defensive hostility and warnings about division in the church.  I never intended to cause waves or division, but I love those ladies and I couldn’t let this pass.  There was obvious tension and discomfort at the next church service.

How can we unite in evangelism when we don’t even agree on how to be saved?  How can we unite with those who hold unscriptural views on marriage, sexuality, abortion, health-and-wealth, etc.?  Doesn’t it matter what a new believer is taught?   Is being safely in the fold all that matters?  Most importantly, the world appears to be nearing Christ’s return and we are warned about the increase of apostasy and deception.  The experiential emergent movement, Chrislam, etc. are rapidly transforming the world’s religions by incorporating Roman Catholic traditions and encouraging religious unity.  Aren’t Bible studies like this one leading in the same direction?  Yet churches like mine seem completely oblivious.  Should we not warn them, or at least raise suspicion?

I haven’t been back.  I don’t want to be the focus of the problem.  My hope and prayer is that these brothers and sisters whom I love will instead focus on the major issue of discerning apostasy.  I pray they don’t trust anything that comes from any source without doing a thorough evaluation.  And I pray they discuss everything before admitting it into the church, perhaps electing a trusted group of Bereans to act as a defense against apostasy.

Thank God for Lighthouse Trails Research and similar discernment websites, speaking the truth, and shining the light in the darkness.  Thank-you, LTR!