Lighthouse Trails has been warning readers for several years about the emergent church. In those warnings, we’ve addressed the spiritual leanings of Erwin McManus.1 We also challenged David Jeremiah because he told his church that he wanted to use McManus’ book The Barbarian Way to help bring about a “major paradigm shift” in his church.2 Well, there’s no question about it, the evangelical church has gone through a major paradigm shift. This week we received some information from a Lighthouse Trails reader about an event called Barefoot Tribe Gathering, which is another example of where emergent leaders are taking the church, in particular young evangelicals, who by the way are being encouraged not to even call themselves evangelicals or Christians anymore. They see themselves on a much higher ground than that. It’s a ground that incorporates all religions, all people, and all beliefs and practices. 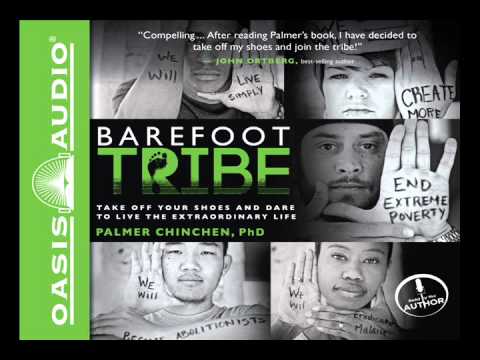 This emergent progressive church (which they tried to make us believe was a thing of the past) is the new “Christianity” for millions of young people. Under the disguise of helping the poor, taking care of the environment, and loving everyone (except their critics), is a growing body of people with a New Age/New Spirituality mindset that embraces all spiritual views and believes God exists in everyone. The Cross (or atonement) doesn’t mean the place where Jesus Christ took our place and died for our sins but rather means at-one-ment (that is, we are all one and connected together with a “God” energy that flows through all things and all people). This at-one-ment rejects the idea that God would actually send His Son to a violent death to pay for OUR sins; rather this emergent view of atonement means that Jesus was a good example of someone who laid down His life and we should follow that example. That’s as far as this “new church” will go with the Cross. To say He paid the penalty for our sins is to say that man is sinful and is not God. The new social justice, emergent, progressive “Christianity” cannot do that because it doesn’t believe that.

According to the Barefoot Tribe’s website, Erwin McManus was one of the speakers in the 2014 Barefoot Tribe Gathering (and by the way, the emergent church has made a lot of progress since then with the help of “evangelical” names such as McManus). We also noticed that Palmer Chinchen, who heads up Barefoot Tribe,  has been bringing the Barefoot Tribe message to various Christian colleges including Cornerstone University, Biola, Moody, Cedarville, and Liberty. What better place to change the face of Christianity than at the Christian universities. While parents keep their heads in the sand and pay huge dollars to have their children educated at “nice safe Christian colleges,” right under their noses, their kids’ spirituality is being turned upside down, and in many, if not most, cases will never be restored to biblical Christianity. Other colleges Barefoot Tribe has spoken at are:

Lest some think that Barefoot Tribe is simply an outreach to the poor and needy in the world, Palmer Chinchen’s books, including Barefoot Tribe, are packed with quotes by, references to, and inspirations from some of the leading emergent writers today (Sweet, Ortberg, N.T. Wright, Nouwen, Brueggemann, Morgan Cron, Campolo, etc.). Satan has an agenda to deceive the whole world, and most proclaiming Christians and church goers have no idea it is  happening right in their own backyards.

The information sent from our reader:

The Barefoot Tribe Gathering 2014 and 2017
“We are on the crest of an epic shift in humanity. This generation views the world as an extended family – increasingly interconnected through technology – and living with a deep moral obligation to care for one another.
The Barefoot Tribe GATHERING will promote conversation, collaboration, and help network a generation of Christ-followers to respond to the plight of desperate people in broken places.”
http://www.palmerchinchen.com/gathering
– Palmer Chinchen is organizer