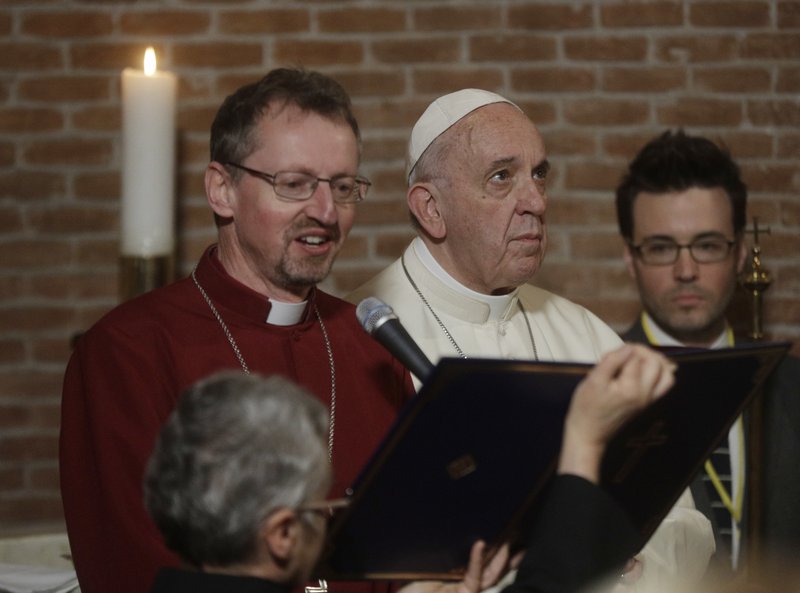 LTRP Note: The following is posted for informational and research purposes.

ROME (AP) — Pope Francis on Sunday became the first Catholic pontiff to visit an Anglican parish in Rome, using the historic occasion to press for greater closeness after centuries of mistrust, prejudices and hostility between the two churches.

Francis and the Anglican bishop in Europe, Robert Innes, prayed side-by-side in the All Saints Church not far from the Spanish Steps.

Innes welcomed Francis by praising the Roman Catholic leader for his solidarity with refugees and migrants.

Anglicans split from Catholicism in 1534, after England’s King Henry VIII was denied a marriage annulment.

Both churches are working to develop friendly bonds despite obstacles that include deep differences on such issues as ordaining women and allowing openly gay bishops. Click here to continue reading.