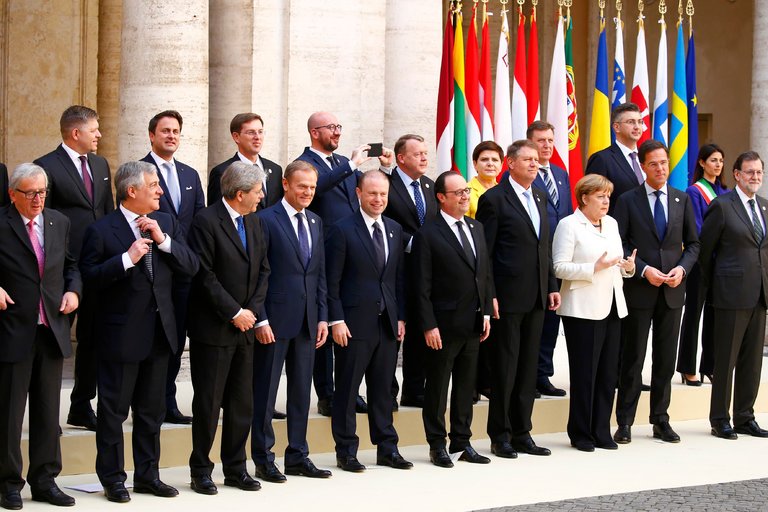 European Union leaders on Saturday in Rome during a meeting on the 60th anniversary of the Treaty of Rome. Credit: Tony Gentile/Reuters

ROME — Proclaiming “Europe is our common future,” 27 leaders of the European Union signed a statement on Saturday in Rome declaring their commitment to integrating the Continent even as a series of crises has badly weakened the efforts and Britain prepares to leave the bloc.

The statement, known as the Rome Declaration and signed on the anniversary of the day the bloc’s foundations were laid 60 years ago, underscored the aspirations of a “unique union with common institutions and strong values, a community of peace, freedom, democracy, human rights and the rule of law.”

In a nod to reality, however, the leaders acknowledged that they were “facing unprecedented challenges, both global and domestic,” including “regional conflicts, terrorism, growing migratory pressures, protectionism and social and economic inequalities.”

The ceremony took place in a hall in Rome that was richly decorated in frescoes depicting scenes from the ancient world. It is the same room where the Treaty of Rome was signed on March 25, 1957, by six countries. That event helped lay the groundwork for today’s union. Click here to continue reading.