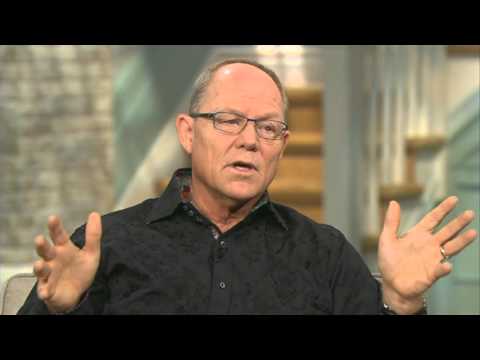 Hank Hanegraaff (source: https://i.ytimg.com/vi/QUDMJ5D9Q28/hqdefault.jpg – used in accordance with the US Fair Use Act)

LTRP Note: The following news article is posted for informational and research purposes and not as an endorsement of either the content or the source. It is no surprise to Lighthouse Trails that Walter Martin’s successor Hank Hanegraaff (host of the Bible Answer Man) has converted to the Orthodox Church (which is a bridge between Protestantism and Roman Catholicism). Several years ago, we saw something like this coming because of Hanegraaff’s embracing of Rick Warren, Richard Foster, and other ecumenical contemplative figures.

Hanegraaff admits that the Eucharist was instrumental in his conversion. According to the Catholic Church, the Eucharist is “the real Presence” of Christ in the sacraments which blasphemously contradicts Hebrews 10:10-12, recrucifying Christ. Many in the Orthodox Church embrace this view of the Eucharist as well though they may reject the term “transubstantiation.”1

Something to consider: Romans 11 gives a stern warning to Gentiles not to become puffed up or arrogant against the Jews. When a proclaiming Christian turns his back on Israel and the Jews and becomes puffed up as Romans 11 describes, is it possible that the Holy Spirit departs, and if that happens, a replacement would be sought. This is where contemplative mysticism comes in to play. We find it interesting that many who embrace contemplative spirituality also reject Israel and the Jews as having any significant role from God’s point of view.

Proclaiming Christians who have turned against Israel saying that the church has replaced Israel should take heed and realize they have put themselves in great peril and at risk of becoming apostate.

Given the large audience of followers that Hank Hanegraaff has, we expect his conversion will lead many to follow suit in converting out of Protestantism.

An evangelical radio personality known as “The Bible Answer Man” and president and chairman of the Christian Research Institute was formally received into the Eastern Orthodox Church Sunday.

“What astounding news,” said Rod Dreher, an Orthodox Christian and author of the New York Times best-selling book The Benedict Option, in an interview with The Christian Post Monday.

“Many evangelicals seek the early church; well here it is, in Orthodoxy,” he continued.

“I am sure some will be scandalized by Hanegraaff’s conversion but I hope at least some will wonder how someone as knowledgeable about the Bible as Hank could convert to Orthodoxy, and go to a Divine Liturgy to taste and see what it’s like.” Click here to continue reading. Below is a video of Hanegraaff talking about the Eucharist and the Orthodox Church to listeners.