A Lighthouse Trails reader has alerted us to a news story in the Los Angeles Times  (see below) about the arrest of a 32-year-old Saddleback Church male youth worker who has been accused of molesting two 14-year-old boys at Saddleback. Some may wonder why we are posting a news story about child sexual abuse. Since the early years of Lighthouse Trails, we have included in our reporting issues on child sexual abuse, in particular, within the church.

Photo: Seducers Among Our Children; Crough

Regarding the fact that this is Rick Warren’s Saddleback Church where the alleged molestation occurred, we need to make some comments. First, we know that child sexual abuse happens in many churches (partly because Christians are generally very trusting people and predators know this is a good place to find unguarded children), and we certainly cannot directly blame Rick Warren or his Purpose Driven movement for what happened. However, there is some indirect blame here, not just with Saddleback but with all seeker-friendly, church-growth churches. In a statement sent out by two of Rick Warren’s pastors on May 26, it said that Saddleback Church “require[s] fingerprinting, professional background checks, and personal interviews,” for all who volunteer to work with “kids and students.” But this is not nearly adequate as many molesters have never been caught or arrested, and predators are not going to admit that is what they are in personal interviews.  Herein lies the problem: The seeker-friendly churches have been guilty of allowing unsaved and/or newly saved or immature Christians to become Sunday school teachers, youth workers, missionaries, Bible study leaders, etc., and this is wrong (and unbiblical). They do this, in part, because they want to make everyone at the church feel welcomed, useful, and comfortable. And in some cases, seeker-friendly churches have a deficit in saved and/or mature believers who can lead and teach so they use what they have (many unsaved or immature Christians).  But they have done this at the expense of those in the congregation who are trusting them to guide and teach them and also to protect their children while in church. Unbelievers especially should never be put in any position of leadership, mentoring, or teaching (or working in any capacity with children or teens). Period. So at least in this respect, Saddleback has created a potentially dangerous environment for children by the very nature of their seeker-friendly, church-growth model in how unbelievers or immature believers are allowed to lead, teach, and help.

Now we want to make one thing clear, sexual abuse of children doesn’t just happen in seeker-friendly churches. For example, it also happens in legalistic churches where an abuse of authority is occurring and people (and kids) are afraid to speak up. It also happens in churches that are neither seeker-friendly nor legalistic in cases where there is just downright naivety and ignorance by the adults. There was a case several years ago in a church in Portland, Oregon where a young man had joined the Sunday School teaching team. He was working in a classroom as an aid with a teacher of children under 7. Often,  he was seen taking a child to go to the bathroom, but no one thought twice about it. A few years into this, it was discovered that he had molested dozens of church children during the bathroom visits. Many of these molested kids grew up with many painful issues.

If you belong to a church, no matter what kind it is, you better make sure your church has implemented a safety plan to protect kids. In this day and age where sexual deviance is at an all-time high in our society, it takes more vigilance than ever to make sure children do not become victims of sexual abuse.

It is heartbreaking to think about who-knows-how-many boys at Saddleback Church have been molested by this 32-year-old male predator. Their lives will never be the same. And no seeker-friendly, purpose-driven, church-growth strategy is going to help them in the long run. They are going to need a true relationship with Jesus Christ and a life sustained by and developed in the Word of God. They are going to need parents and teachers who also have these qualities. Substitutes like spiritual formation, contemplative prayer, celebrate recovery etc. will never take the place for the real thing.

For the two 14-year-old boys at Saddleback who were brave enough to come forward, we say bravo. You did the right thing, and we pray that you will keep your eyes and your heart toward the Lord during this tough time and not allow Satan to use this to destroy your lives.

Finally, we urge parents to do everything you need to do to protect your children from becoming victims of sexual abuse. Two of our authors address this issue in their books, articles, and booklets—Investigative Sergeant Patrick Crough and Gregory Reid.  To read some of the articles and reports we have published on child sexual abuse and how to protect your kids such as Patrick Crough’s article “Protecting Your Child From Sexual Predators – With Prayer & the Word,” see the links below.

As for the LA Times news story below, let us pray for the boys who have been victimized and also that all victims of this pedophile/homosexual will come forth. The power of sin lies in its secrecy, especially in the case of child molestation. We always thank the Lord when such matters are no longer concealed. That’s when healing can begin for the victims if given the wisdom of the Lord.

Parents who suspect their children have been victims of Ruben Meulenberg are being urged to contact OC Crime Stoppers at (855) TIP-OCCS. (source: ABC News: http://abc7.com/news/oc-youth-mentor-accused-of-lewd-acts-with-2-teen-boys/2041417/. ) 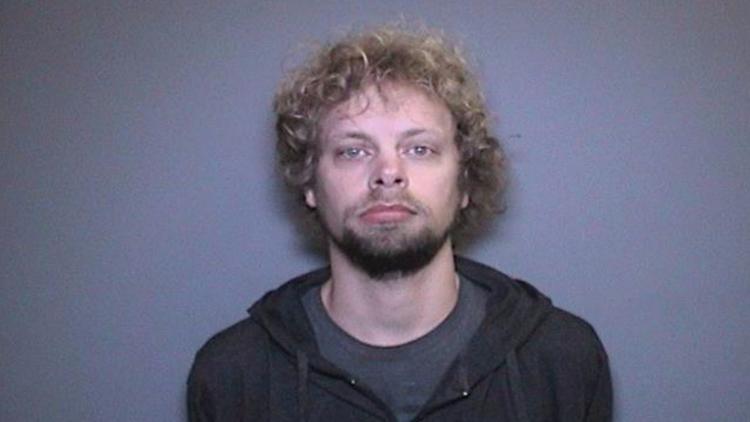 A youth mentor at Saddleback Church in Lake Forest has been accused of acting inappropriately with two teenage boys while he volunteered there, the Orange County Sheriff’s Department said Friday.

Ruven (Ruben) Meulenberg, 32, was arrested Thursday and booked on suspicion of lewd and lascivious acts on a child and is being held on $100,000 bail, authorities said. Jail records show he is scheduled to be arraigned Tuesday in a Santa Ana courtroom.

Detectives were alerted to the situation after a 14-year-old boy told his parents that Meulenberg had molested him, Lt. Lane Lagaret said. The parents told the church’s youth pastor, who called the Sheriff’s Department, Lagaret said.

Another 14-year-old boy turned up during the detectives’ investigation, Lagaret said. Click here to continue reading. (See information below about Ruben (Ruven) Meulenberg.)

Ruben (Ruven) Meulenberg: Has worked for years with his identical twin brother Efraim Meulenberg in video game development. According to KidMin Academy where the brothers are listed as faculty:

Ruben and Efraim Meulenberg have trained 40,000 game developers, 20,000 musicians, thousands of children’s- and youth workers globally, and have been in ministry for 15 years. They’re known for their breakthrough work at Saddleback Church and founded KidsWantAnswers.com, through which they bring cutting edge media and curriculum to churches and families.

Watch this 2015 video (if you can bear it) of the Saddleback Junior High “Glow Party” that was produced by the Meulenberg brothers: https://www.youtube.com/watch?v=oS38vpsqTtc. Witnessing how Saddleback Church is “teaching” their junior high kids to go into a frenzied state as has happened here in this video is distressing. Is it any wonder that things are out of control at Saddleback Church?

And this news video story about possibly more victims:

Protecting Your Child From Sexual Predators – With Prayer & the Word

“Tom White, Abuse, VOM, and the Power of the Internet”