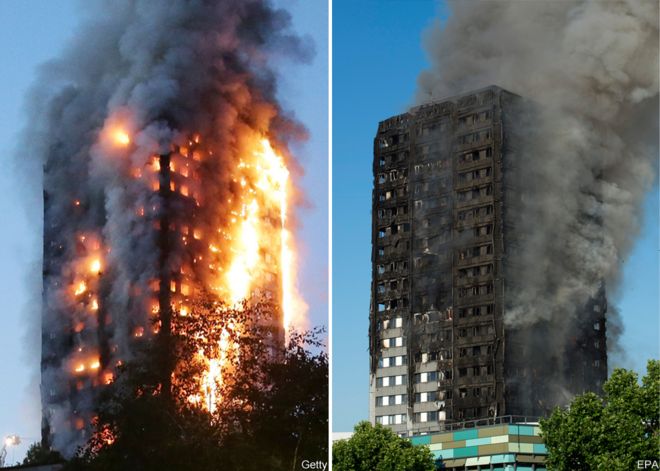 LTRP Note: Let us pray for the London families who have been affected by this horrific fire that ripped through a 27-story apartment building early this morning. We are reminded daily through world events of how much trouble the world is in.

Six people have died in the blaze, according to police, with the number of fatalities expected to rise.

Seventy-four people have been treated in hospital, according to the London Ambulance Service. Six hospitals – St Mary’s, Chelsea and Westminster, Royal Free, St Thomas’, Charing Cross Hospital and King’s College Hospital – have received patients. . . . Eyewitnesses have said some people may still be trapped in the building.

The tower block contains about 120 flats and there would have been “several hundred” people in the block when the fire broke out, according to the leader of Kensington and Chelsea Borough, Nick Paget-Brown.

Notting Dale ward councillor Judith Blakeman, who lives across the road from the block, said that between 400 and 600 people live in the building. Click here to continue.