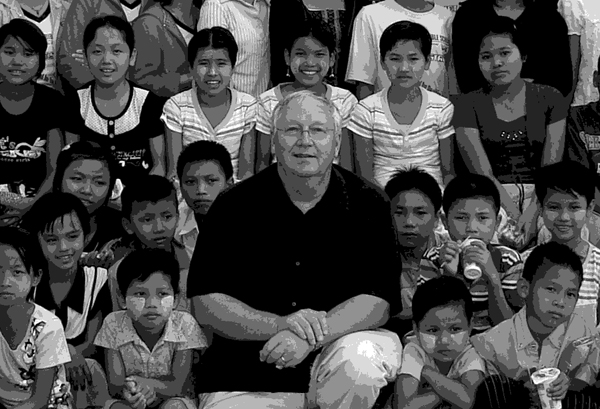 Roger Oakland with “his children” in Myanmar

On November 8th, I will be leaving for a two week trip that will take me to Durban South Africa and Kenya. While Understand The Times is mostly recognized for our role in exposing deception and apostasy in the last days church, we are also committed to taking the gospel to the far corners of the world and coming alongside those who are serious about defending the faith.

In Durban, we will be spending time with David Meisner and his family, missionaries from Saskatchewan. Understand The Times Canada supports David and the work they are doing among the poor and homeless there.

Lighthouse Trails, our publisher, has been very involved with the group in Kenya, and we feel this is a good  use of our time and energy . We will be speaking to pastors and church leaders, encouraging them to teach the Word of God in these days when the world is headed down the road of apostasy by many false teachers. As I have not made such a lengthy trip by myself since my illness, I am asking for those who care about the ministry of Understand The Times to pray.

This past year has brought a number of changes to the ministry of Understand The Times as directed by the Lord. Some doors have been shut while others have been opened. While I had spent over two decades speaking mostly on platforms with Calvary Chapel associated speakers, it became apparent that this could no longer be possible.

The Bible states that we are not to have anything to do with those who cover up darkness.  We had no choice but to move on where spiritual leaders allow the light of the Word to expose the darkness. In December, when I return from Africa, I will be speaking at three Independent Baptist Churches in New York City. The pastors have asked me to deal with Last Days apostasy and the unfolding ecumenical movement.

We are thankful for those who have contacted us and have encouraged us to be faithful to this vision. There have been supporters we do not know, nor have we met, who have sent financial support, which has allowed us to make this trip to Africa.

In January and February, I will be going  to Manila and then to Myanmar to share the gospel with the poor and encourage others to do the same. As the Lord provides, we  are still committed to supporting over 100 poor and orphaned children in Myanmar. We believe that God cares about orphans and widows, and Understand The Times will do what we can do and facilitate those who can help to do so also.

While I am away in Africa, Lighthouse Trails Publishing will release my latest book called Let There Be Light. This book is written to share how God has worked in my life using me as his vessel to share the gospel worldwide. I think you will find this book a book that you will want to read and share with others.