A World Political Authority for the Global Financial Crisis

The Vatican’s Pontifical Council for Justice and Peace released a document, October 24, 2011, titled Towards Reforming the International Financial and Monetary System in the Context of a Global Public Authority. [Note: Quotes taken from the Pontifical document are found throughout this article, and are not listed as per endnote due to the repetitious nature.]

This latest offering from the Vatican claims that, “every individual and every community shares in and is responsible for promoting the common good.” This nebulous phrase leads to a further reflection; the document asks “whether the human family has adequate means at its disposal to achieve the global common good.”

Such a statement begs some questions; who determines the common good, how is it met, and what institution provides guidance and ensures compliance? Would this not be the domain of a world government?

Resting on the past recommendations of Pope John XXIII and Benedict XVI, a “world political authority” is exactly what is needed, according to the Pontifical Council for Justice and Peace. “The establishment of a world political Authority should be preceded by a preliminary phase of consultation from which a legitimated institution will emerge that is in a position to be an effective guide,” explained the document.

Then once operational, this “supranational institution” would work in a way “consistent with the pre-eminent value of human dignity” within a globalized society. 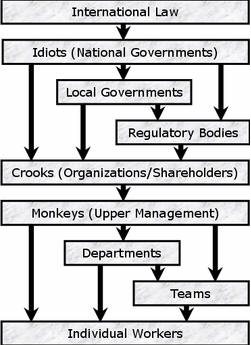 “In a world on its way to rapid globalization, the reference to a world Authority becomes the only horizon compatible with the new realities of our time and the needs of humankind.”

It was explained that, in order to keep this “world authority” from become a dangerous bureaucracy, the principle of subsidiarity would “govern the relationship” between the global authority, and regional and national entities. Civil society, also known as non-governmental organizations or pressure groups, already a powerful force in global affairs, would be one of the links in this world-wide system of subsidiarity.

For those unfamiliar with the idea of subsidiarity, it can be boiled down to this: Where issues can be dealt with at the local, state/provincial, or national levels, let them be handled in these domains. Click here to continue reading.